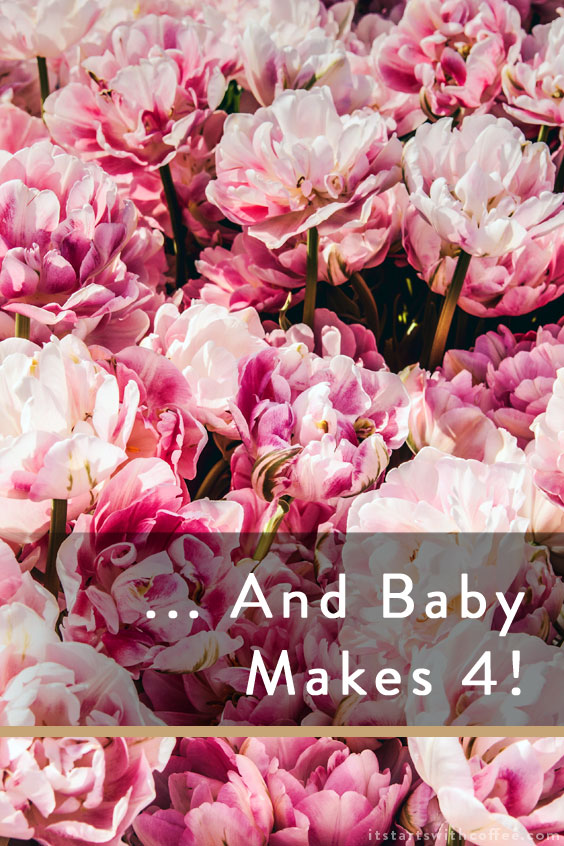 Yep, we are pregnant AGAIN! We are expecting a baby girl this November and I am going to catch you guys up on what you’ve missed. 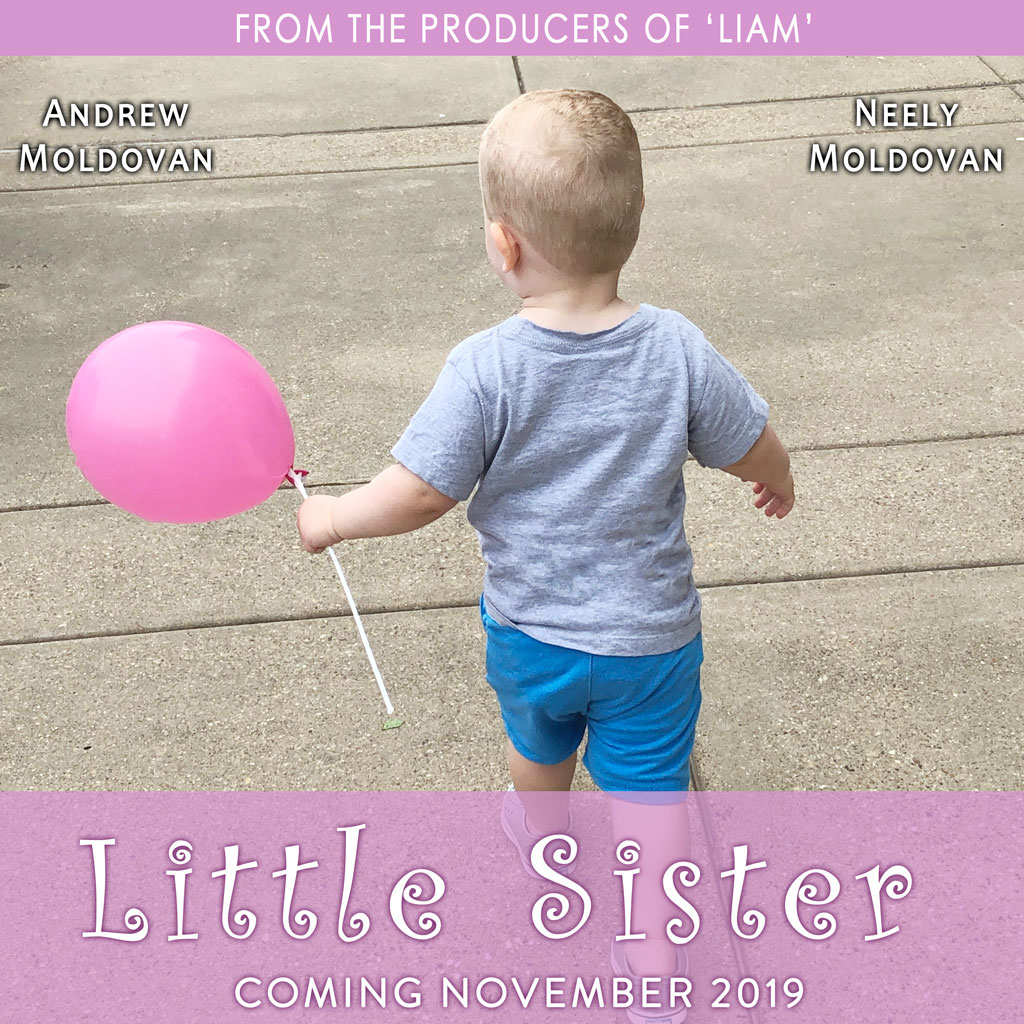 Back in early December we went to see our fertility Dr to discuss potentially transferring another embryo. If you are a newer reader you can read all about our fertility journey here. It gives a pretty big detailed account of it all. Well in that post you would read that all of our embryos are boys. So this is how baby girl came to be:

When we decided we would transfer an embryo in January we were SO excited! We couldn’t wait to have another sweet boy to love on and then we got some troubling news. Our clinic told us that the embryo we planned to use, our other “perfect embryo”, may not survive the thaw because it split before freezing. We were confused and so sad. We could either chance trying to thaw it or we could re-biopsy an embryo we had that was inconclusive. During this time we also found out that in fact we did NOT know the gender of the inconclusive embryo as we misunderstood. So ended up having to have that cycle canceled because my body wasn’t responding to medicine anyways.

Knowing we would have to wait 6-7 weeks anyways we made the decision to re-biopsy our embryo. This came with it’s own set of risks as the embryo had already been biopsied and frozen and we would have to thaw it, biopsy again, re freeze, and thaw again to transfer.

So we re-biopsied and a couple of weeks later got a call that we had a VERY healthy GIRL embryo! Cue my jaw on the floor. For someone who spent the better part of 3 years assuming boy mom status I was shocked. I will say we would have been thrilled either way. Having a boy already I was really excited for Liam to have a brother. But healthy baby is ALL we cared about.

So on March 14th, one day after returning from our Naples vacation we transferred baby girl, or frosty as my friends refer to her.

On March 20th I took a HPT (home pregnancy test) and discovered a faint line! The line got darker and darker each day and on March 22nd I had my beta blood test. The doctor confirmed I was in fact pregnant. Four additional blood tests over the next few weeks reassured us that my numbers were going up! On April 8th we had our first sonogram and saw and heard the sweetest beating heart.

Two days later I had a huge scare. I started bleeding quite a bit and I was sure I was having a miscarriage. I called Andrew at work and he raced home and took me to the doctor. Liam was at school that day thankfully! The doctor confirmed I had an SCH (Subchorionic hemorrhage). But that the baby was FINE! We heard her heartbeat again!

This past Monday, April 22nd we had our 8 week sonogram and saw what looked way more like a baby and less like a blob. Her heart sounded great and we graduated from our fertility doctor to the OB. 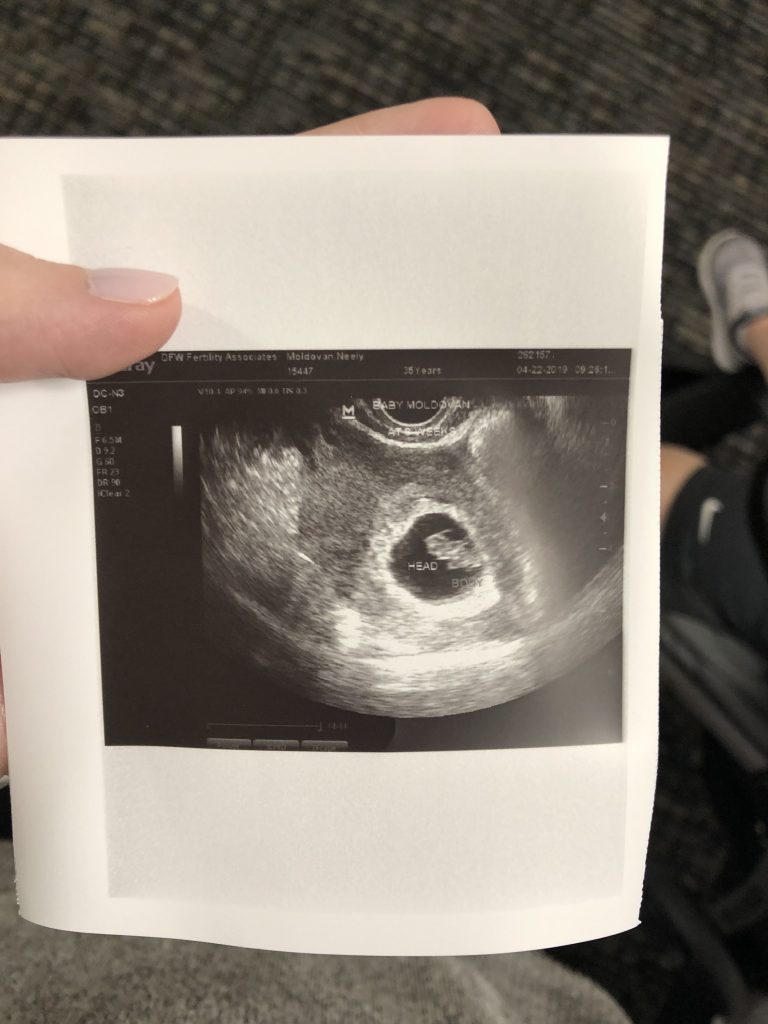 So here we are! I am 8 weeks, 4 days pregnant with a sweet baby girl. She is due on November 30th, but since I will have another C-section she will most likely come the week before! So Thanksgiving baby it is!

I have been REALLY sick this time. I don’t throw up, but I am nauseous ALL DAY LONG. The only thing that helps is REALLY carb loaded foods and sleep. I have taken a nap almost every single day and I go to sleep REALLY early. Just like with Liam, I have not been able to stand the smell, taste, or thought of coffee. I haven’t had it in three weeks. I miss it so. Other than that my only real aversion is plain chicken. I can have it in the forms of quesadillas, or on things, but not alone. I have been LOVING thick fruit smoothies with milk or yogurt in them which I never put in my smoothies. I have been all about cold cereal, fruit, sweets (all of them), and super salty chips. So basically she likes all the things that are terrible for you!

Thank you ALL so much for the sweet messages, emails, DMs, comments, etc. We read them all and we are SO excited to welcome another miracle into our family.