If you are new here, you may want to subscribe to my RSS Feed. Thanks for visiting!

Today I am partnering with The Huntsman: Winters War to bring you guys a super fun giveaway! Prizing and samples courtesy of Universal Pictures and Artistic Nail Design.

I  know I am super excited about this movie! I actually just saw the preview on my birthday last weekend when we went to see another movie. Plus the fashion and makeup in this movie are AHHHMAZING! The costumes were designed by Academy Award winner Colleen Atwood. I mean even if you aren’t someone who loves this kind of movie you would love the costumes alone!  Plus I am obsessed with the casting! I loved Snow White and the Huntsmen so I’m sure I will love this too!

Discover the story that came before Snow White in The Huntsman: Winter’s War.  Chris Hemsworth and Oscar® winner Charlize Theron return to their roles from Snow White and the Huntsman, joined by Emily Blunt and Jessica Chastain.

Theron stars as evil Queen Ravenna, who betrays her good sister Freya (Blunt) with an unforgivable act, freezing Freya’s heart to love and unleashing in her an icy power she never knew she possessed.  Retreating to a kingdom far to the north, Freya raises an army of Huntsmen as her protectors, with the only rule that no two of them should ever fall in love.

As a war for domination escalates between the two queens, the hero standing between them is Freya’s most elite Huntsman, Eric (Hemsworth).  Alongside fellow warrior Sara (Chastain)—the only woman who has ever captured his heart—Eric must help Freya vanquish her sister…or Ravenna’s wickedness will rule for eternity.

Producer Joe Roth (Maleficent, Alice in Wonderland) once again leads the team in this breathtaking prequel in the legendary saga that is directed by Cedric Nicolas-Troyan.  This spring, find out who will win the war between good and evil in the epic action-adventure The Huntsman: Winter’s War. 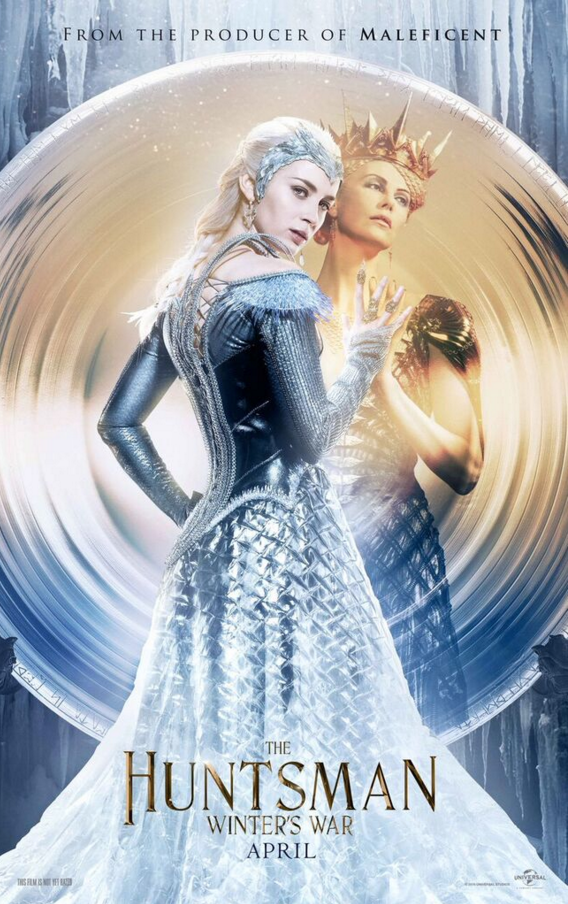 What can you win?

Prizing valued at $134.50
Courtesy of Universal Pictures and Artistic Nail Design
Open to US mailing addresses only

122 thoughts on “A Fun Little Giveaway” Get my FREE Daily Blogging Checklist

This website uses cookies to understand how you use this site and to improve your experience. By continuing to use this site, you accept my use of cookies. More Info