I consider myself a really clean and tidy person. I keep a clean house, I don’t care for messes, and I enjoy most “chores” around the house. I don’t mind being the one that does most of it because it’s not something that bothers me. However, there are 3 household chores I hate the most. The 3 that I don’t want to do, and if I have to do them I tend to be kind of grumpy about them. These tend to be the 3 things that Andrew does mostly because he knows I hate them. 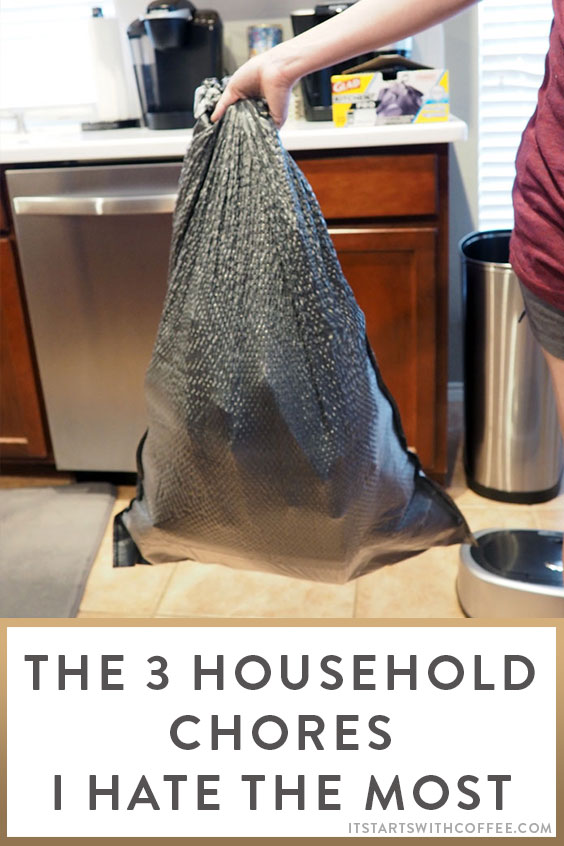 The 3 Household Chores I Hate The Most

Taking Out The Trash: This is one of those things that I really try to never do. Andrew handles this because I do most everything else, but you guys I really hate taking out the trash. Whenever I do it I feel like it will be the exact time the bag either breaks, or leaks, or just smells horrible. BUT now it’s not THAT bad because we have Glad ForceFlex Kitchen Pro trash bag featuring OdorShield™ and LeakGuard™ technology. These trash-bags are amazing. They are incredibly strong and I have not even seen one tear since we’ve been using them. They feature an inner layer of ForceFlex and outer layer of LeakGuard, Glad Kitchen Pro bags allow for stretchable strength and improved leak protection. So basically no matter how much you put in it or how many slow cooker liners filled with liquid you’re good. Glad’s Kitchen Pro trash bags are also made with Febreeze freshness guaranteeing 5 days of odor control. Thank you for this trash-bag gods. No one wants to deal with a gross smelling bag of trash. Usually we would spray Febreeze or something else into the trashcan before we put a bag in to keep smells out. NO MORE! All of these features mean you can take out your trash a lot less. The bags are also 53% bigger! WIN! Check out this Target Cartwheel deal to pick some up! 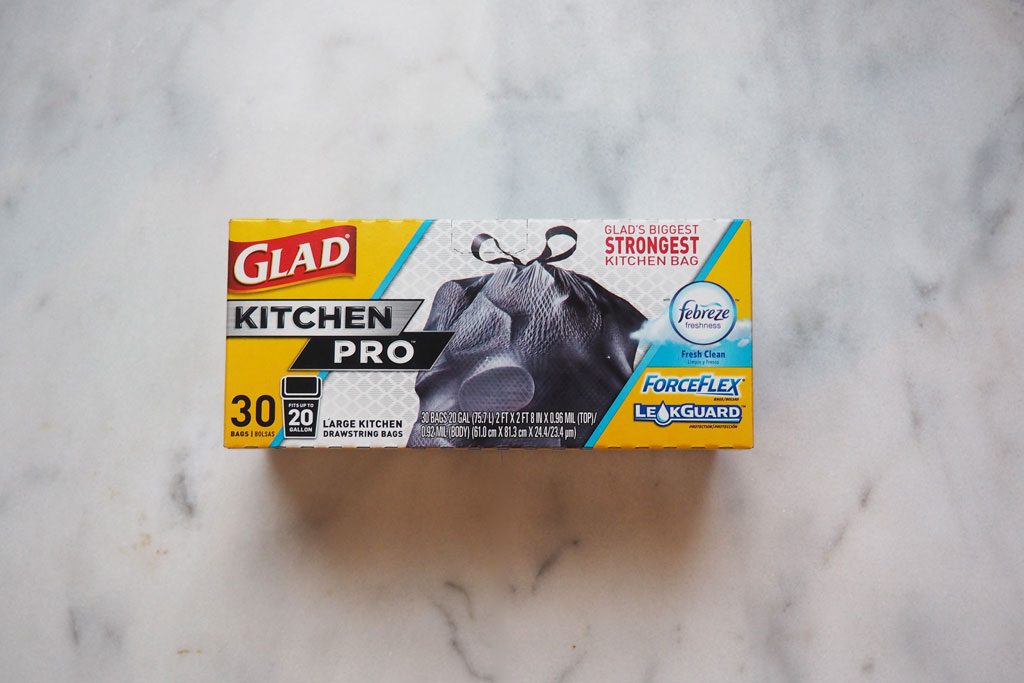 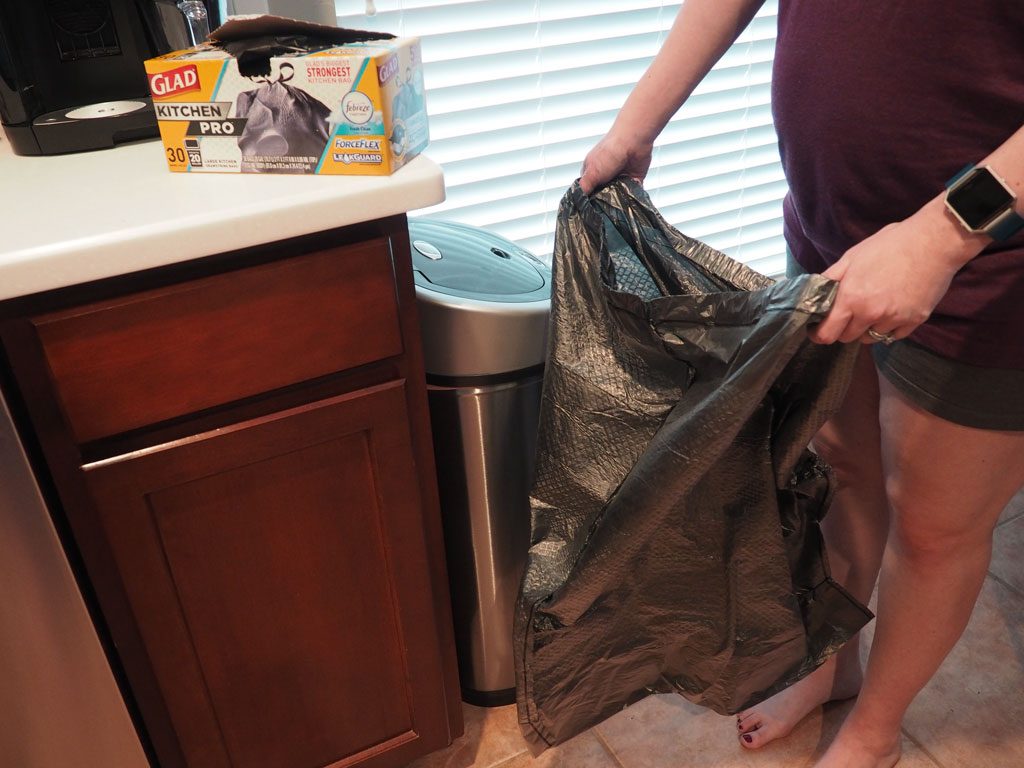 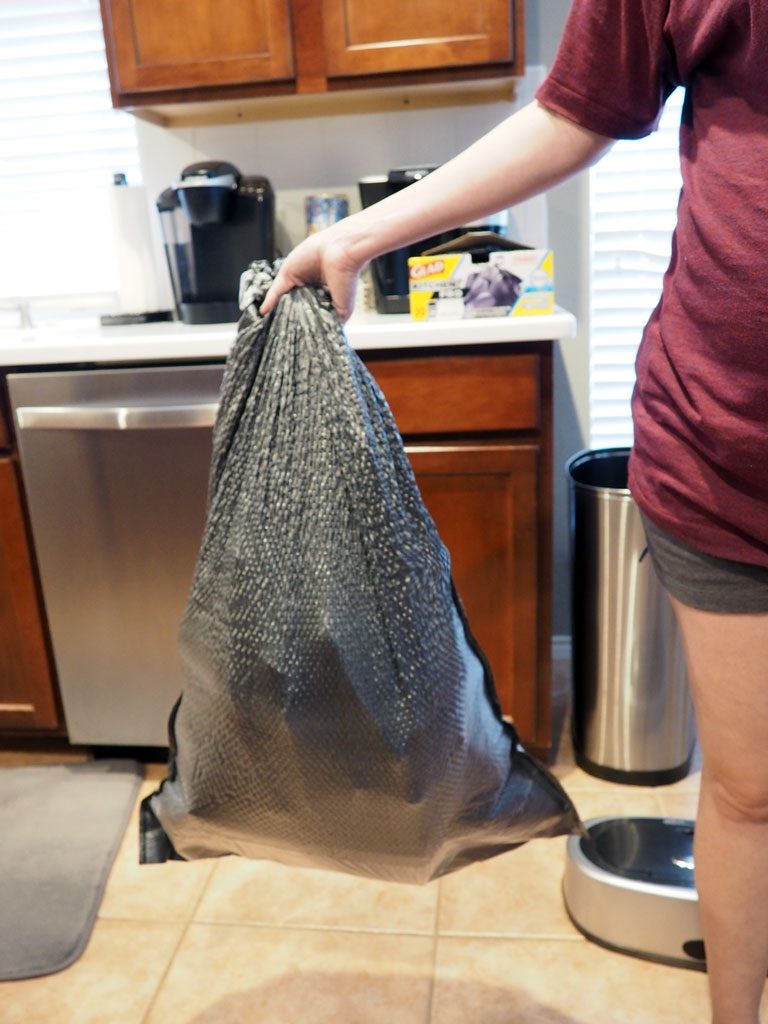 (Just look how strong those bags are!)

Killing Bugs: I can’t be alone here. Bugs are not my favorite. Randomly a few months ago we had a wasp problem. We had no idea where they were coming from but almost daily there would be a wasp in the house. It gave me serious anxiety. We had pest control come twice and no one could figure out where they were coming from. Eventually they went away but Andrew would come home and I would be like “GET THE BUGS AWAY!” Poor guy. I know that they can’t “hurt” me but I can’t be the only one who thinks killing bugs is one of the worst household “chores” to do.

Unloading The Dishwasher: OK so this is more of a love/hate thing. I love having clean dishes duh but hate unloading the dishwasher. Mostly because this seemed far more annoying when I was pregnant. Finally I started running the dishwasher in the afternoon so that Andrew could do it after work or so at least we could do it together. We kept running the dishwasher late at night so it tended to fall on me first thing in the morning or live with a sink full of dirty dishes all day. Nope. It’s not a “chore” I refuse to do just one of the ones that I kind of roll my eyes at. I would rather dust the entire house.

I know I can’t be alone in the household chores I hate the most.

I would love to know what household chores you hate the most! Let’s share!

This is a sponsored conversation written by me on behalf of Glad. The opinions and text are all mine. 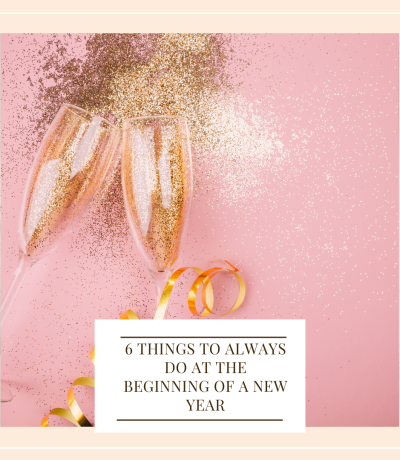 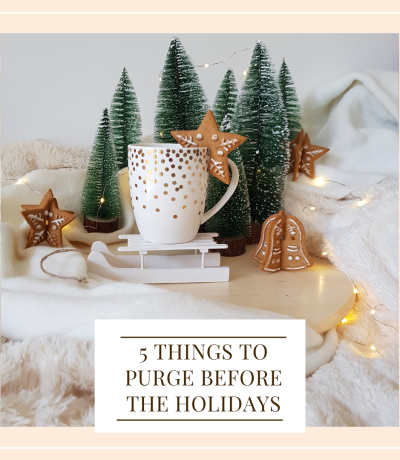 5 Things To Purge Before The Holidays